The beginning of STREET SANTA

I am an artist living in West London. I had the idea of creating a unique range of Christmas cards when I did a Snowboard Season in Mammoth Mountain, California several years ago.

Having always struggled to find cool greeting cards in shops I decided to have a go at illustrating some myself. So I started off by designing a set of Ski, Snowboard and Skateboard Christmas cards.

I had the idea of illustrating on top of photos that I took whilst out in the mountains. The hardest part was getting a shot when no one was around and imagining the composition of the illustration before I took the picture.

This was my first ever Street Santa illustration that actually never made it to print but made me realise that I had found a unique style and endless creative possibilities.

Street Santa can now be found doing a whole variety of sports from Cricket to Mixed Martial Arts.

I hope you can find a card you like in my store. 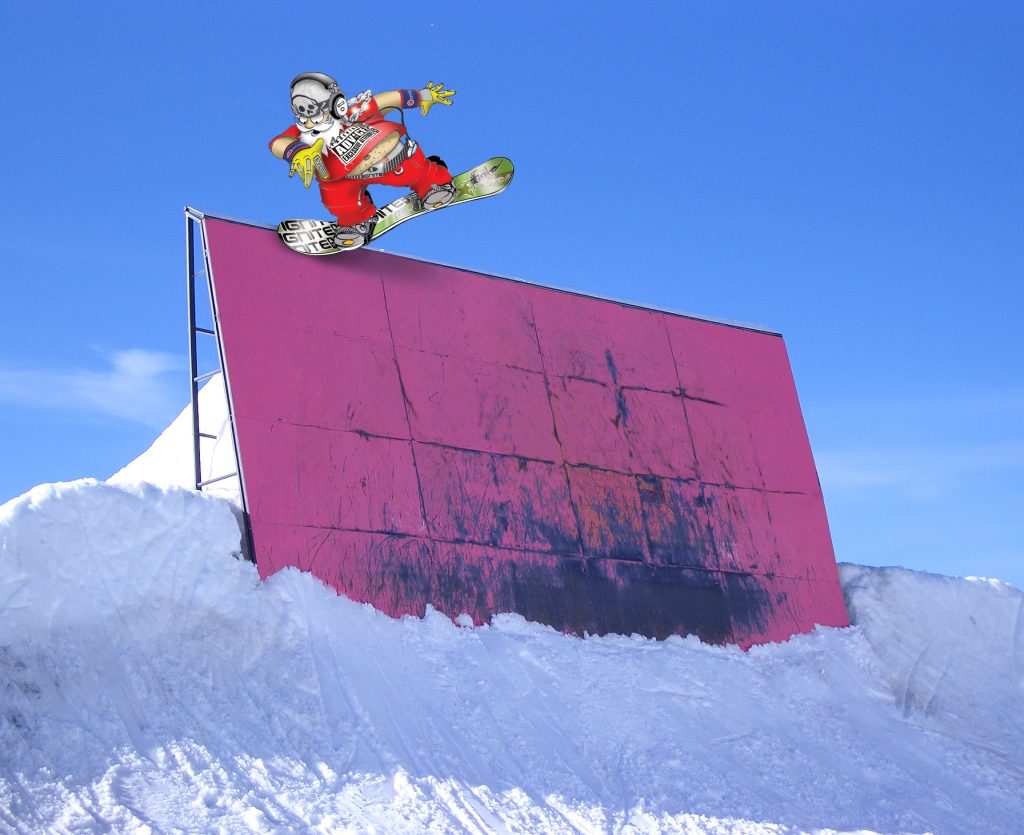